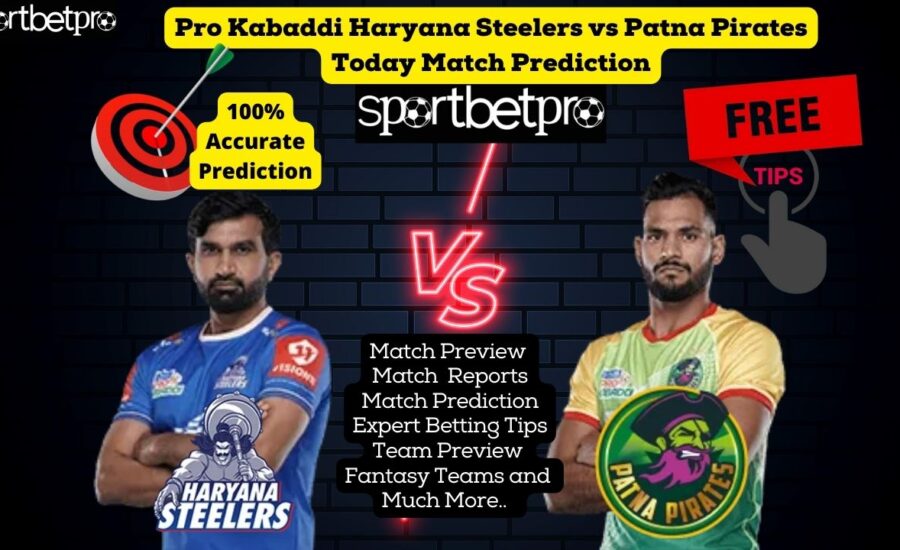 Match no. 100 of the greatest Kabaddi League will be played between one of the most impactful teams of VIVO PKL, Patna Pirates, and Haryana Steelers. The match will start at 9:30 PM with both sides entering the mat for conquering over others.

The next fierce battle will be played on Gachibowli Indoor Stadium, Hyderabad. Both teams will try their best to win the game and add 5 crucial points in their journey.

You can watch the live games of Vivo Pro Kabaddi League on Disney+ Hotstar and Star Sports Network.

The third game of Fantastic Friday is ready to set fire on the mats of Gachibowli Stadium. Both teams are ready to battle for the next 5 points that can help them climb the points table and get closer to the qualifiers. Patna Pirates defeated the Steelers with a point margin of 9 points when they faced each other last time in this season of PKL.

Live games in Kabaddi are fun to watch and bet on as the game changes with every single raid. You can place bets on the live match of Haryana and Patna Pirates by using the kabaddi online betting app that we have reviewed for you.

After a great start in the tournament, the Haryana-based franchise is still searching for wins in this season. They will have to make a strong comeback and win games to qualify for the playoffs. Haryana is a strong side with a beast-raiding attack they can win and still bounce back quickly.

Haryana has been able to win just 5 out of 16 matches so far with 36 points. The team is placed in 10th position on the points table but this single win can boost their confidence and can bring a major change in their approach.

If we talk about players then Manjeet and Meetu are performing exceptionally well for their team, this raiding duo has helped Haryana in getting early leads. Defense department is under the control of Jaideep Dahiya and Mohit Nandal, both are known for their chain defence which is the toughest to beat.

Three times PKL champions are fully set to lift their 4th title this season. After back-to-back defeats in the tournament, the Pirates bounced back completely and has shocked everyone in the team.

Patna has climbed to the 6th position on the points table and the way they are performing we can expect them to make another fine jump and get qualify for the playoffs. Patna has already beaten Haryana last time, they will have to repeat what they did last time and get 5 important points.

Sachin is their prime raider in the tournament, single-handedly he has won games for his team by scoring back-to-back super 10s. Currently, he has 91 raid points in 10 games. Sunil and M Chiyaneh are their strike defenders who can stop any raider from getting early raid points.

This match is going to break all records and we are going to see an amazing nail-biter between these two champion sides.

Don’t forget to catch the live action at 9:30 PM sharp. 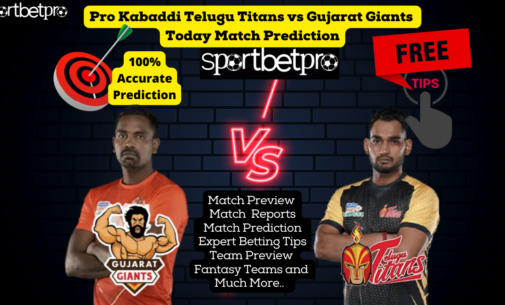